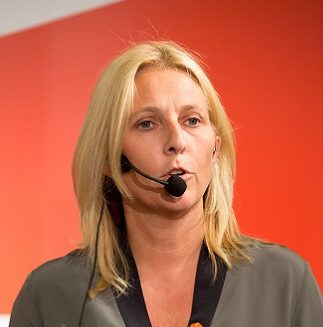 Simone Brummelhuis is member of the Advisory Board of Erasmus Centre for Entrepreneurship and facilitating coach of the Get Started programme.

With a background in law, including an LLM from Columbia Law School in New York, Simone’s broad cultural interests and entrepreneurial spirit led her to found Brummbooks, a publishing company focused on restaurant and city guides, in 1998. In 2001 she launched IENS, the largest and best-known online restaurant website in the Netherlands. She is Founder and CEO of  TheNextWomen.com, the female business brand for a global community of women entrepreneurs, investors, advisors and executives. TNW builds formats to support the growth of female entrepreneurs -from startups to companies making millions.

Simone has been recognised as one of the “25 Smartest Women on Twitter” by Fast Company; 10 Women to Meet in Tech by The Guardian, and the Forbes’  list of 20 Women to Follow on Twitter for Female Entrepreneurship and Business, Marketing, Technology. She was nominated as online Media Woman of the Year 2010, won the Pioneering Award 2008. She is also on the Advisory Boards of internet provider Xs4all, Astia (was VP Europe) IENS.nl, the 1%club and is on the Supervisory Board of the Telegraaf Media Groep.

Simone acts frequently as judge or mentor on national and international business plan competitions and awards, such as the yearly Accenture Media Innovation Awards, UK Pitch, Sprout Challenger competition, UK Everywoman Technology Awards and  The Next Women Mentor programme amongst others. Currently she lives and works in London.

Get Started is a 12-week startup programme that helps ambitious entrepreneurs grow their early stage business through mentoring, workshops and a great network of fellow entrepreneurs.