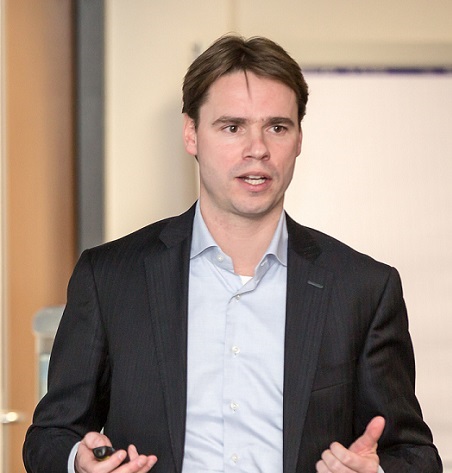 Peer Swinkels is member of the Advisory Board of Erasmus Centre for Entrepreneurship.

As a small boy, it was obvious to Peer that  he would work for Bavaria – a business run by his family since 1719 – but that changed during his studies in Rotterdam. He joined Unilever after graduation; Bavaria seemed far away. But eventually the day arrived. A family delegation was at the door.  It was 2007, time that the 7th generation – Peer –  would take over from the 6th. One thing Peer knew:  he would get into a great company.

Re-branding Bavaria
Peer subsequently gave Bavaria a thorough dusting. His brand restyling has not gone unnoticed. From glasses to coasters, tappers to signage, Bavaria looks fresh. Thanks to Peer, Bavaria is now internationally known for its irreverent, award-winning commercials, featuring such ‘real men’ as actor Mickey Rourke and Playboy founder Hugh Hefner. A lot has been happening behind the scenes too. For example, the half-millon samples delivered to the market in 2013 to boost Bavaria into a cool brand of ‘cheap’ beer. Peer has also dared to put non-alcoholic beer on the market again, firing off a trend in the industry with his cheeky casting of Mickey Rourke and Charlie Sheen (both infamous partyers) in commercials for Bavaria’s O.O%.