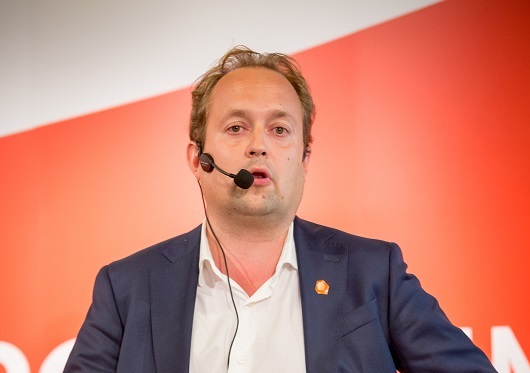 Harald Swinkels is member of the Advisory Board of the Erasmus Centre for Entrepreneurship.

In 1998, Harald Swinkels, together with his inseparable business partner Pieter Schoen, started a successful publishing company. In 1999 they began Career Fever, a ‘dotcom’ company specialising in the labour market. It was initially successful, but still went bankrupt after three years. Via his third company, a kind of new version of Career Fever, Mr. Swinkels came into contact with energy companies. His business partner Pieter suggested they set up an energy company and in 2005 they began De Nederlandse Energie Maatschappij.

With a little bluff
It was their intention to be as bold as prize fighters, focused on the win. Or perhaps a bit more like poker champions: fake it till you make it. Because you have to start somewhere, Swinkels and Schoen contacted a utility company in Schiedam. They  got to know the energy market and grew large enough to approach the big, international energy company RWE. They had coffee mugs with their  company name made, rented a fancy room in an elegant office, and ordered sandwiches for the meeting. With a little bluff they succeeded in persuading the RWE to collaborate with them. The rest is history: now De Nederlandse Energie Maatschappij is the fourth largest energy supplier in the Netherlands.

On the 11th of June ECE is organizing the ECE Congress - Looking Ahead, with a focus is on looking ahead and plans for the future!

Advisor to the board