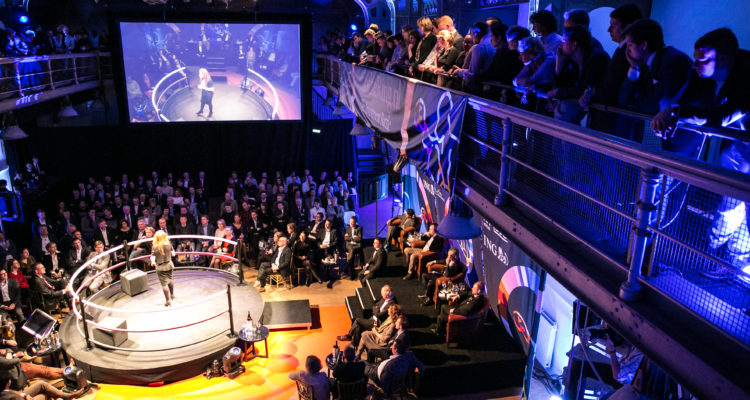 Get in the Ring – International Finals

In four battles two startups literally face off against each other in the ring. During five brief rounds they present their startup to a jury of Champion investors, and an audience of potential investors and fans, in a competition that can result in a potential investment for the winner. Their goal? Become the World Champion of Get in the Ring.

Out of 64 countries the 8 regional winners have been selected:

Van Nelleweg 1
Rotterdam
The Netherlands
3044 BC